The COVID-19 pandemic has not slowed Fortune Feimster down. Over the past year, the comedian and actress has appeared in more than five movies and has produced her own Netflix comedy special: “Sweet & Salty.” So how does a communication major from Belmont, N.C. go from Peace College to Netflix superstar?

Emily “Fortune” Feimster grew up in North Carolina. A self-proclaimed tomboy, she had the typical southern life growing up in Belmont: going to school and after-school activities during the week and going to church on Sundays. In her Netflix special, “Sweet & Salty,” Fortune hilariously recounts her time in the Girl Scouts, swim team, and as a debutante. She also throws in a mention or two of her alma mater, Peace College.

Her commencement speech at Peace College ultimately projected her career. After receiving a standing ovation, she hit it off with the ceremony’s keynote speaker – actress Emily Procter, a Raleigh native, known for her roles in the “West Wing” and “CSI: Miami.” That same summer, she nannied for a local mom, who by complete coincidence turned out to be Procter’s best friend. She recognized Feimster from her speech because she was in the audience that day. Feimster ended up reconnecting with Procter, and after taking a year to live in Spain, she moved to Los Angeles to become the actress’ personal assistant.

When Fortune recounted her time as Procter’s assistant, she laughed and said, “I was such a terrible assistant, but it all worked out.” Her commencement speech continued to create quite the buzz. During her time as Procter’s assistant, Procter mentioned to her neighbor how well Fortune’s commencement speech was written. After reading the speech, Fortune was offered a job as an entertainment reporter. For the next six years, Fortune would interview celebrities on the red carpet.

Those six years were a defining time in Fortune’s life. She officially adopted “Fortune,” her grandmother’s maiden name, as her stage name; she watched a Lifetime movie and came out, which she hilariously shares in her Netflix special; and she started working with an improv group called the Groundlings. Improv led her to her stand-up career, where she eventually worked with Chelsea Handler and Mindy Kaling.

Currently, Fortune’s name is everywhere. After “Sweet & Salty” premiered on Netflix in January 2020, Fortune has been featured in Lionsgate’s “Barb and Star go to Vista Del Mar” and Netflix’s “Yes Day,” and “Friendsgiving.” She is also a series regular on NBC’s “Kennan” and “The Netflix Afterparty” with David Spade. In addition, Fortune voices multiple characters on Fox’s “Bless the Harts.”

The pandemic has been good to her booming acting career and to her love life: Feimster married Jacquelyn Smith in a small ceremony in October. The actress stated that she and her wife, Jax, had a “pandemic wedding,” where they eloped in a courthouse in Los Angeles and “Zoomed” their family members. Throughout the pandemic, she also has taken to social media with her various characters, most notably Brenda, southern housewife to husband, Tim.

Fortune shared that she has received a lot of love and support from the Peace community. She sees Peace girls at almost all of her stand-up shows and stays connected with her college friends on Facebook. Although she hasn’t been able to return to N.C. or the WPU campus due to her busy schedule and the pandemic, Fortune virtually attended this year’s Alumni Weekend to accept the prestigious Distinguished Alumni of the Year Award, which recognizes a graduate over 35 for significant accomplishments in career, community, and family. When asked about the award, she joked, “It is so nice to be recognized this way, but I can’t believe that I have gotten old enough to have accomplishments.”

Fortune is an incredibly accomplished actress, writer, and comedian. She most recently received a Critics Choice Award nomination for her Netflix special. Whenever she is on the screen, she steals the show with her hilarious one-liners and general comedic genius. “It’s incredible to try to make people laugh; there are not many jobs where you can try to make people laugh and feel happy. Hopefully, I get to do this for a bit,” she said. 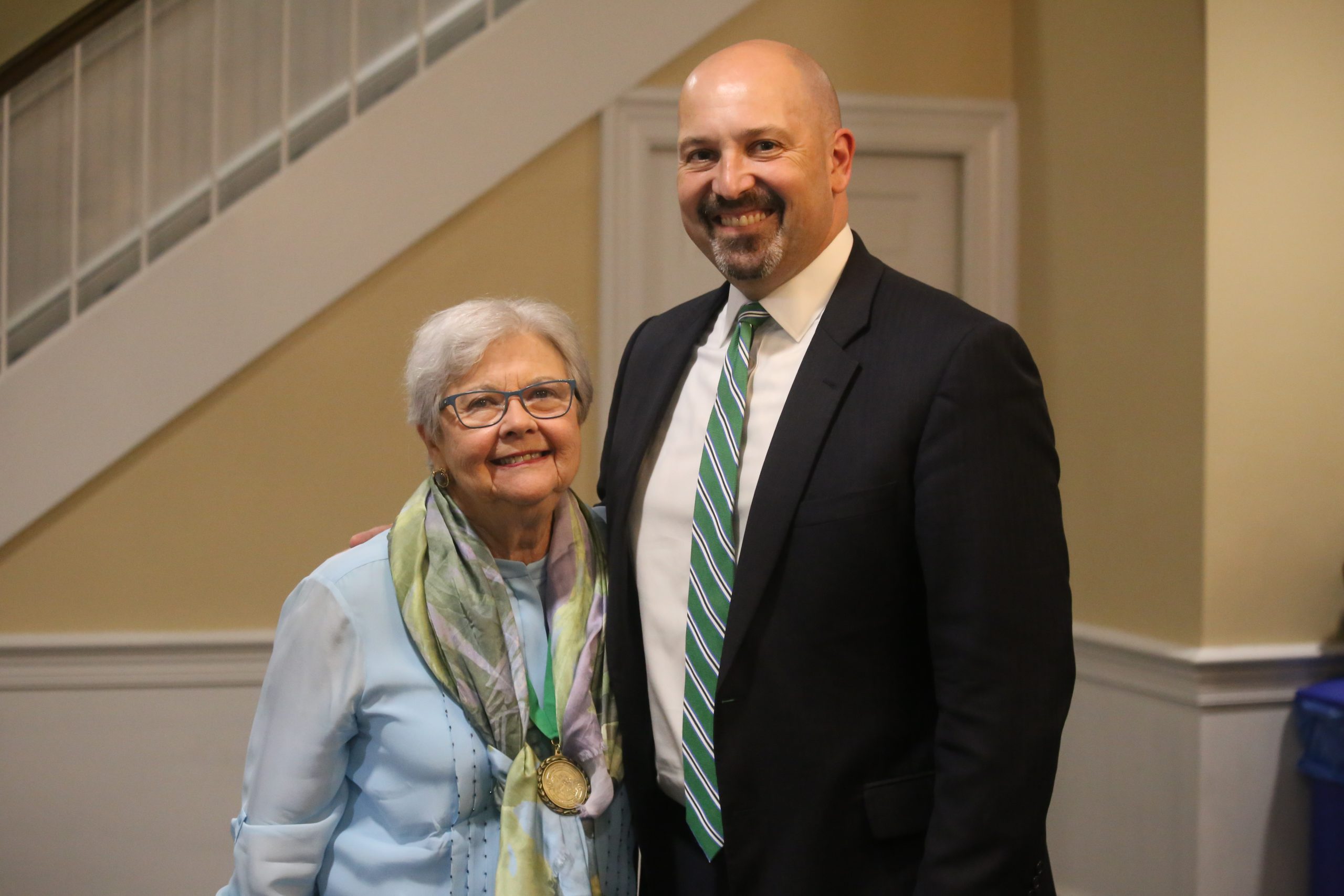