It’s not every day a student gets to be a part of history, but that’s exactly what brought Nick Falso to William Peace University.

A lifelong athlete, Nick knew he wanted to continue playing lacrosse in college, and when Coach Bates approached him with a spot on WPU’s inaugural team, he jumped at the opportunity.

“I was one of the freshmen in the first class in the inaugural season,” the junior Environmental Science major said, adding that developing the lacrosse team as a recognized program has been one of the best parts of his college experience.

“Just starting the program, trying to build the right culture of the lacrosse team on campus, and seeing the growth happen there and its influence on faculty and students has been amazing.”

And while lacrosse remains a big part of why he loves WPU, Nick said the environment of the campus within the city of Raleigh makes college life even more unique.

“It’s a really cool thing to me that you can get that small town feel here at WPU but also be in a spot like Downtown Raleigh that has a lot of opportunity,” he said.

“That atmosphere and community is what ultimately brought me to Peace.”

That community feel has helped Nick inside the classroom and out. Coming to WPU from West Virginia, Nick didn’t know anyone when he arrived his first year. But with his involvement on the lacrosse team, living on campus and having small class sizes, he’s grown his network.

“In my past two to three years here, I’ve been able to find that group of friends that I think will be lifelong relationships,” he said, adding that the professors he’s worked with have also contributed to a meaningful atmosphere on campus.

“If you have any problem at all, whether it’s academic or social or mental, I’ve found that the majority of the faculty is willing to help you and has your best interest at heart,” he said.

“I like having that personal connection with every one of my professors and knowing they’re there for me when I need it.”

Beyond running the lacrosse field and building his community, Nick is studying Environmental Science with a hope to work in conservation after graduation.

“When I was young, I liked the outdoors, playing in the dirt, and learning about what’s happening in nature; so when I was looking for schools, I was trying to narrow it down to what I could see myself doing,” Nick said. “I was drawn to the sciences and ultimately found my major of Environmental Science because I was interested in helping our environment and doing my part to make the world a better place.”

The major has proved to be a great one for him, because he can immediately apply what he is learning into his daily life, such as reducing his personal plastic waste and using recyclable materials. 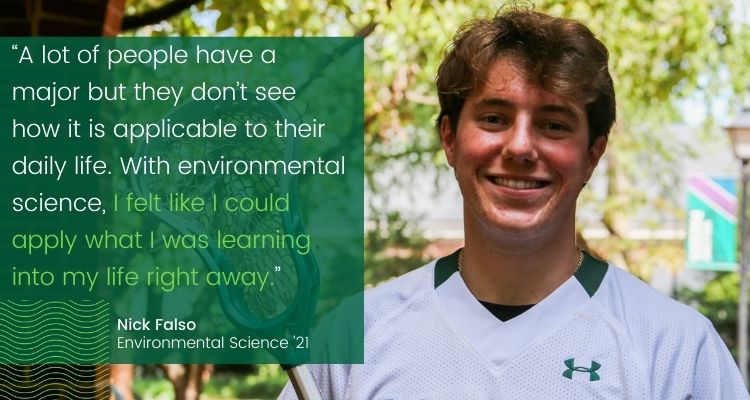 But ultimately, he has bigger goals than that.

“In a perfect world, I think it would be awesome to see the entire world get together to end pollution and reduce plastic waste and stuff like that,” Nick said of his future dreams. “I think the end goal for everybody should be to limit their footprint on the world we have, to become more sustainable in their daily lives and to hopefully have an impact along the way.” 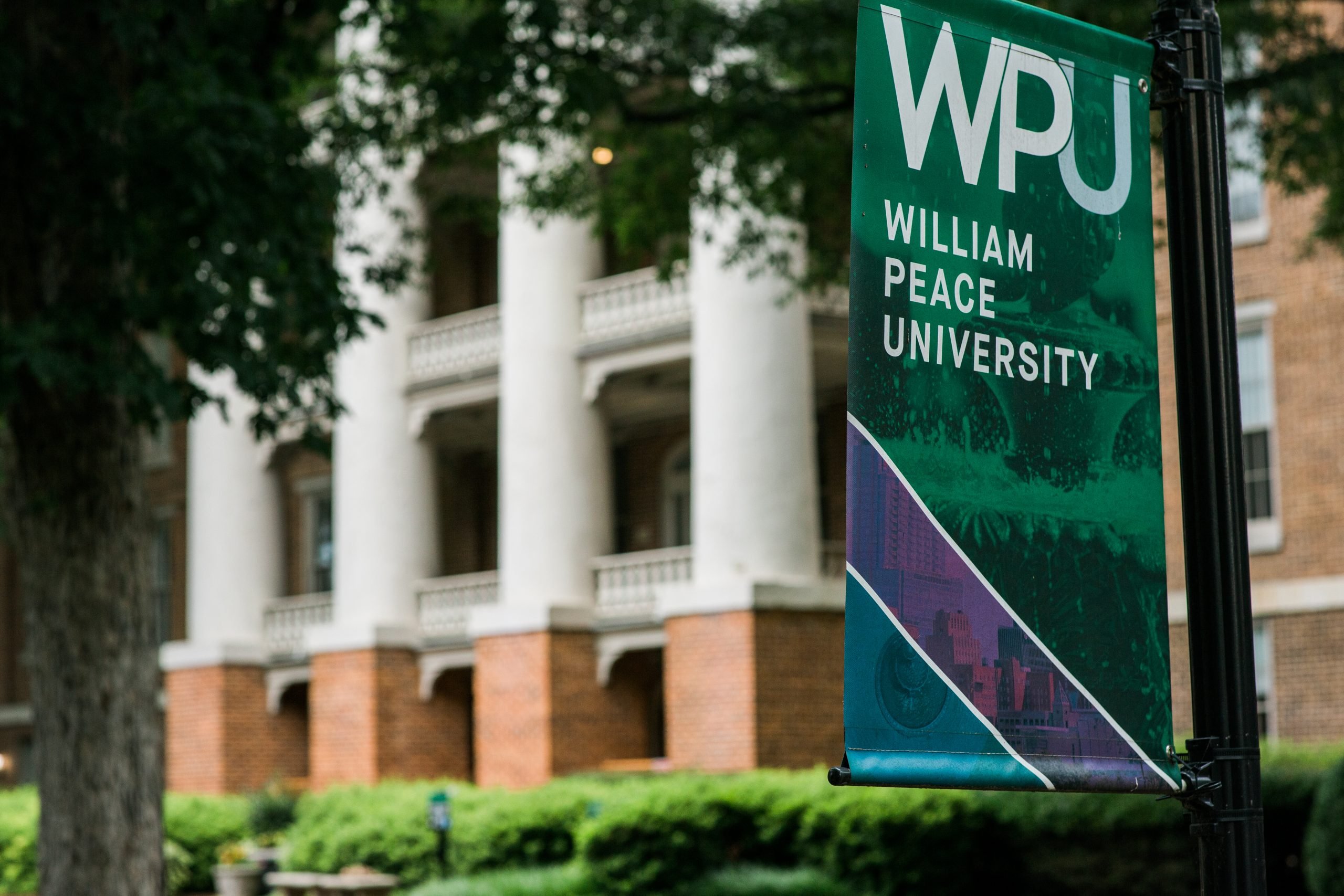 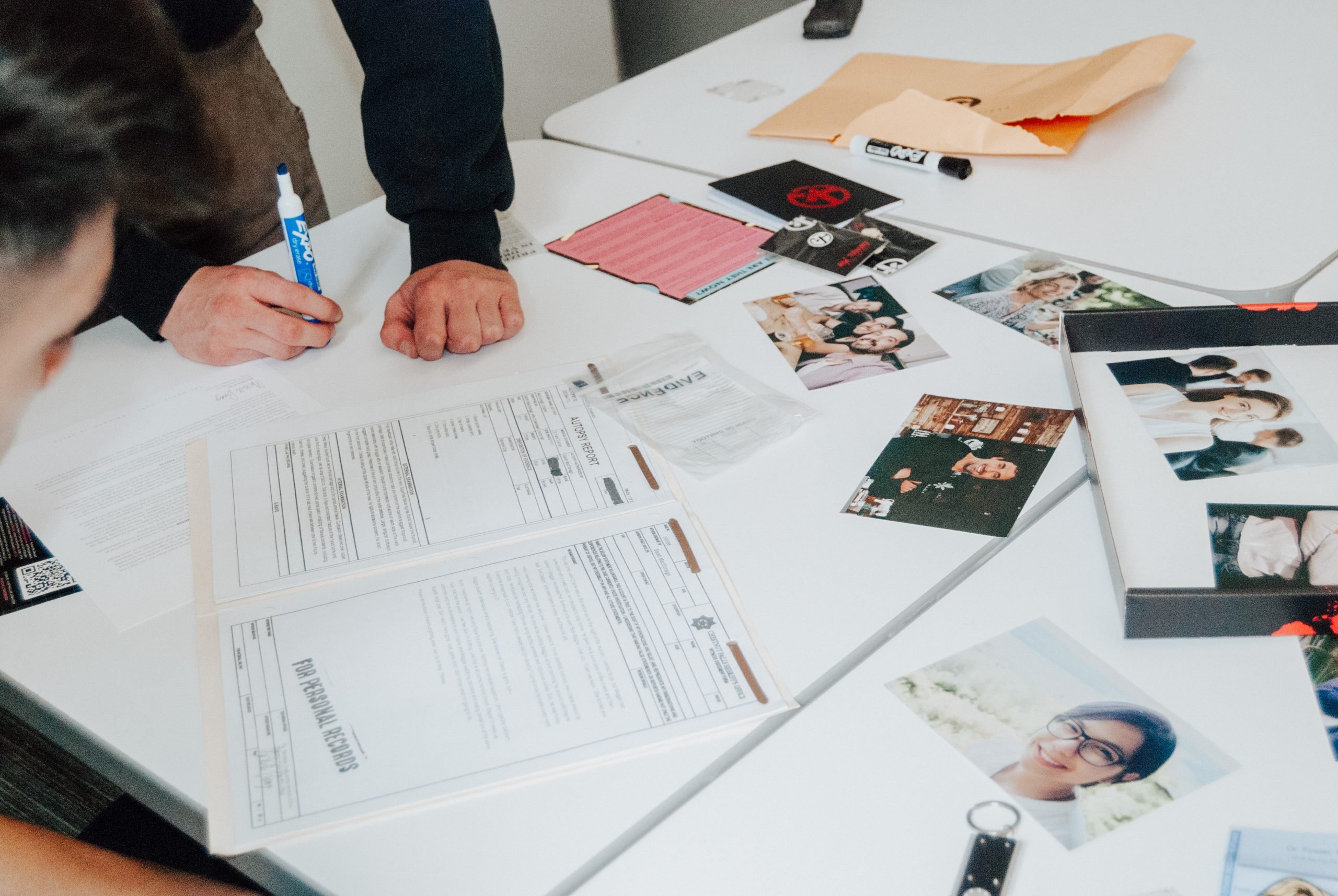 Best Jobs for Graduates with a Criminal Justice Degree