William Peace University is proud to announce the addition of Women’s and Men’s Swimming to its athletics roster. After conducting a nationwide search, Jamie Bloom has been named as the Head Coach of both the Women’s and Men’s Swim Programs. The University will immediately begin recruiting student-athletes to compete in the 2017-2018 season. The teams will compete as an independent program in their first year against some of the strongest NCAA DIII programs in the country which swim at various pools in the southeast region, while seeking an opportunity to join an NCAA conference in the near future.

“WPU will be a force in NCAA DIII competitive swimming in the very near future.”

“We are excited to add high quality student-athletes to the WPU community through the addition of women’s and men’s swimming,” said Dr. Brian C. Ralph, President of William Peace University. “We are continuing to grow the institution strategically and believe the addition of the sport, through an innovative partnership with the YMCA of the Triangle, will bring a new level of excitement to William Peace University.”

“In our search to hire a coach who has been in the pool and on the recruiting trails, Jamie Bloom stood out to all of our committee members among a large group of eager folks looking to put a stamp on an NCAA program,” said William Peace University Director of Athletics, Phil Rowe. “We are fortunate to have attracted such a wide range of candidates for our position, however, from the beginning of the process, Coach Bloom stood out with her extensive recruiting experience at the University of Tennessee as well as her regional and national commitment to grow the sport of swimming. We are very happy and proud to announce Jamie Bloom as our first head coach.”

WPU will also welcome Chad Onken as the Executive Director of the WPU Swim Programs. Onken will serve as the lead consultant of the entire Women’s and Men’s Swim Programs, collaborating with Rowe and Coach Bloom on the overall direction and management of the programs, as well as the strategic growth of the programs.

“We are excited to add high quality student-athletes to the WPU community through the addition of Men’s and Women’s swimming.”

“We are thrilled to welcome Chad, who brings a vast knowledge of USA swimming and will work with our administration and coaching staff to build the strongest NCAA DIII program in our region,” Rowe said. “Chad and his professional excellence will enhance all of our future student-athletes and their experiences in the pool, in the classroom and in our community. We believe with Chad and Jamie together, WPU will be a force in NCAA DIII competitive swimming in the very near future.”

Women’ and men’s swimming will become the 15th and 16th intercollegiate programs at the University, respectively. Since transitioning to a coeducational university in 2012, WPU has added 10 intercollegiate sports programs.

“I’m so excited to be here and to help get this program started,” Bloom said. “It really, and truly, is a great opportunity and a bit of a dream come true for me. I’m really humbled.”

“This is an amazing opportunity for our sport,” Onken said. “It’s super exciting, but it’s also a great opportunity for William Peace University, and everyone involved. We think the sky’s the limit for what we can do here. We’re committed to making this a great program.”

As USA swimming has a commitment to continue the growth of swimming nationally and as they adhere to their cultural values, the most important part of USA Swimming 2020 Plan is to maintain its commitment to the mantra of BUILD, PROMOTE and ACHIEVE: Build the base; Promote the sport; and Achieve sustained competitive success. These three pillars are the foundation upon which we can build and be a part of the overall growth of competitive swimming in the triangle, region and country. Adding Competitive swimming here at William Peace will expand our footprint throughout the region and close here in the Raleigh area where swimming is one of the most competitive sports in the southeast.

Who is going to coach the teams?

Jamie Bloom will serve as the Head Coach to both the Women’s and Men’s Swim Team. Coach Bloom served as Assistant Director of Competitive Swimming and coach of the Raleigh Gold group for YOTA, and previously served as the head swim coach at the YMCA of Greater Westfield in Massachusetts. Prior to that, she served as the top assistant coach for the women’s swimming and diving team at the University of Tennessee (2000 – 2005). Before coaching at Tennessee, Bloom coached at James Buchanan High School and the Mercersburg Area Swim Club in Pennsylvania (1982 – 2000).

Chad Onken will serve as the Executive Director of the WPU Swim Programs. Coach Onken has spent the last nine years with YOTA as the Head Coach/Senior Director of Competitive Swimming. Primarily known for the discovery and development of world record holder, NCAA Champion, and 2008/2012 US Olympic Gold Medalist, Cullen Jones, Onken has more than 15 years of successful championship coaching experience throughout age group, high school, YMCA, and NCAA championship swimming. In addition to being a Level 5 certified coach by the American Swimming Coaches Association, Onken is also a six-time recipient of the ASCA “Award for Coaching Excellence.”

Where will the teams compete?

The University’s Administration created a collaboration with the YMCA/YOTA programs, and the WPU teams will practice at Oberlin Program Center 1012 Oberlin Road, Raleigh, NC 27605 – a short 1.5 miles from our campus.

Who will the teams compete against?

The teams will compete as an independent program in their first year against some of the strongest NCAA DIII programs in the country which swim at various pools in the southeast region, while seeking an opportunity to join an NCAA conference in the near future.

When will the teams start competition?

Both teams are expected to take the pool for their inaugural seasons in the fall of 2017.

What are People Saying About WPU Swimming?

“We are very excited about the addition of women’s and men’s swimming at William Peace University.  It is truly fantastic to see so many new opportunities for students to pursue our growing sport on the collegiate level.  We believe that the sport will be a tremendous recruitment tool for attracting talented students to the university and will add to the competitive success of Peace’s Athletic Department.”

“I have known Jamie Bloom for nearly 20 years and I am incredibly excited that William Peace University has selected her to head up their new swimming program. She is a great coach, motivator and mentor. I have no doubt that she will put WPU’s swimming program on a fast track to success.”

“Congratulations to William Peace University and their athletic department to establishing a new swimming program for the 2017-2018 season. To provide yet another great option for students in the state and the city of Raleigh is exciting. This community is one of the best and ranks in the top 10 overall for total USA Swimming members, new membership growth, number of fitness swimmers and Olympic qualifiers. Having YOTA work as the partner is another great endeavor that will only lead to success. Chad Onken and his team at YOTA not only provide a sound structure and platform for the youth in this sport to reach their dreams, but also brings the YMCA core principles to help this new team grow for sustained success. A leader in our profession, Coach Onken has been a key piece in multiple championship teams, and his vision will help guide the Pacers to endless achievements.”

“Jamie has had great success at every level she has coached. WPU is very fortunate to have someone who cares so deeply about her athletes at the helm of their fledgling program. She will set the bar high and the University will be very proud of its swim teams.”

“I’m very excited about this collaboration between the YOTA Swim Team and William Peace University. Dr. Ralph and his leadership team recognize the immense value that a swim team can bring to their university. When Dr. Ralph was at Queens University in Charlotte, we worked together to implement what is now a Division II championship program. When Chad Onken was coaching with me at Auburn we were winning NCAA championships at the Division I level. The collaboration between these two outstanding Raleigh organizations is going to have a tremendous positive impact on the entire region.” 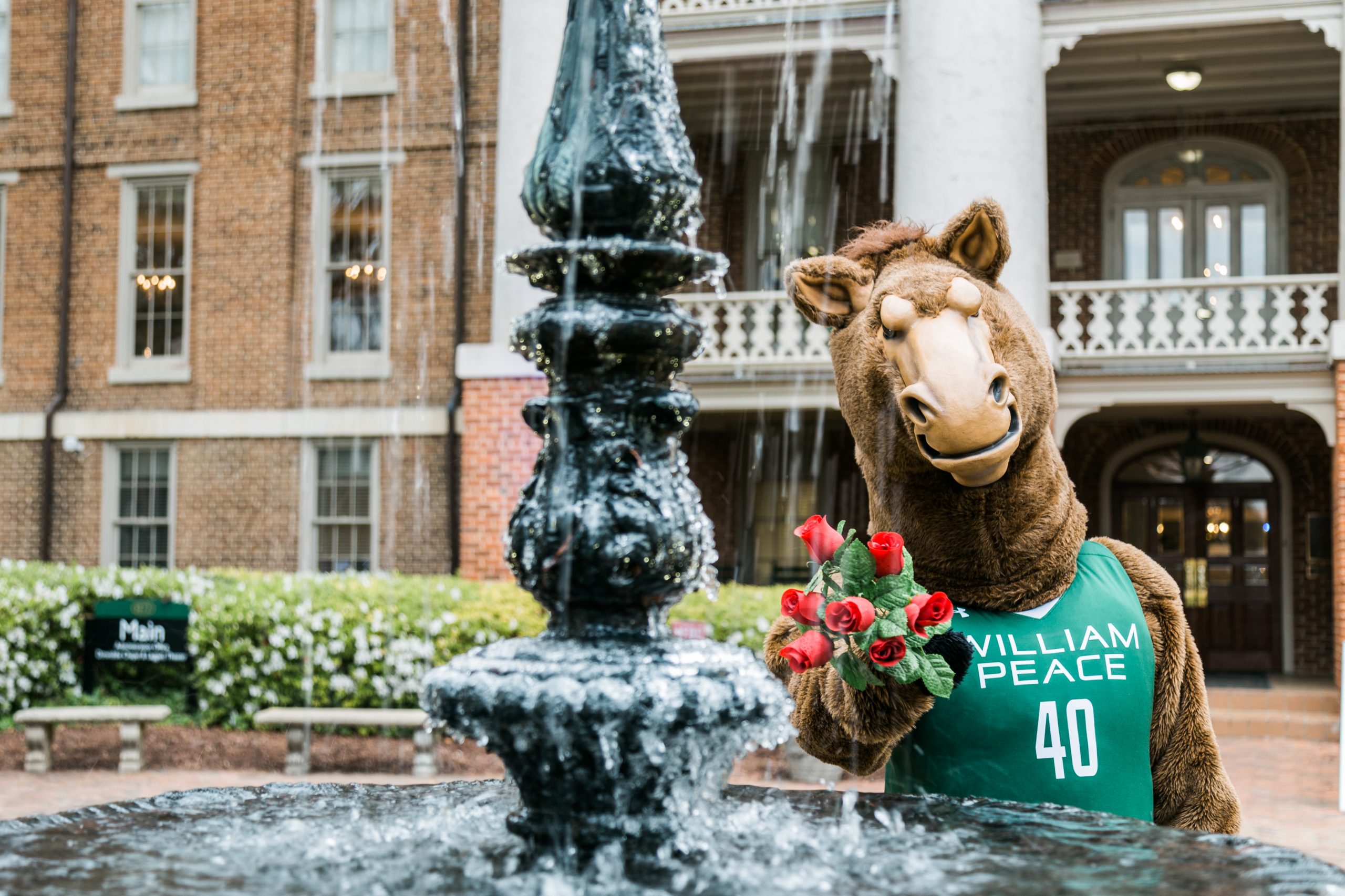 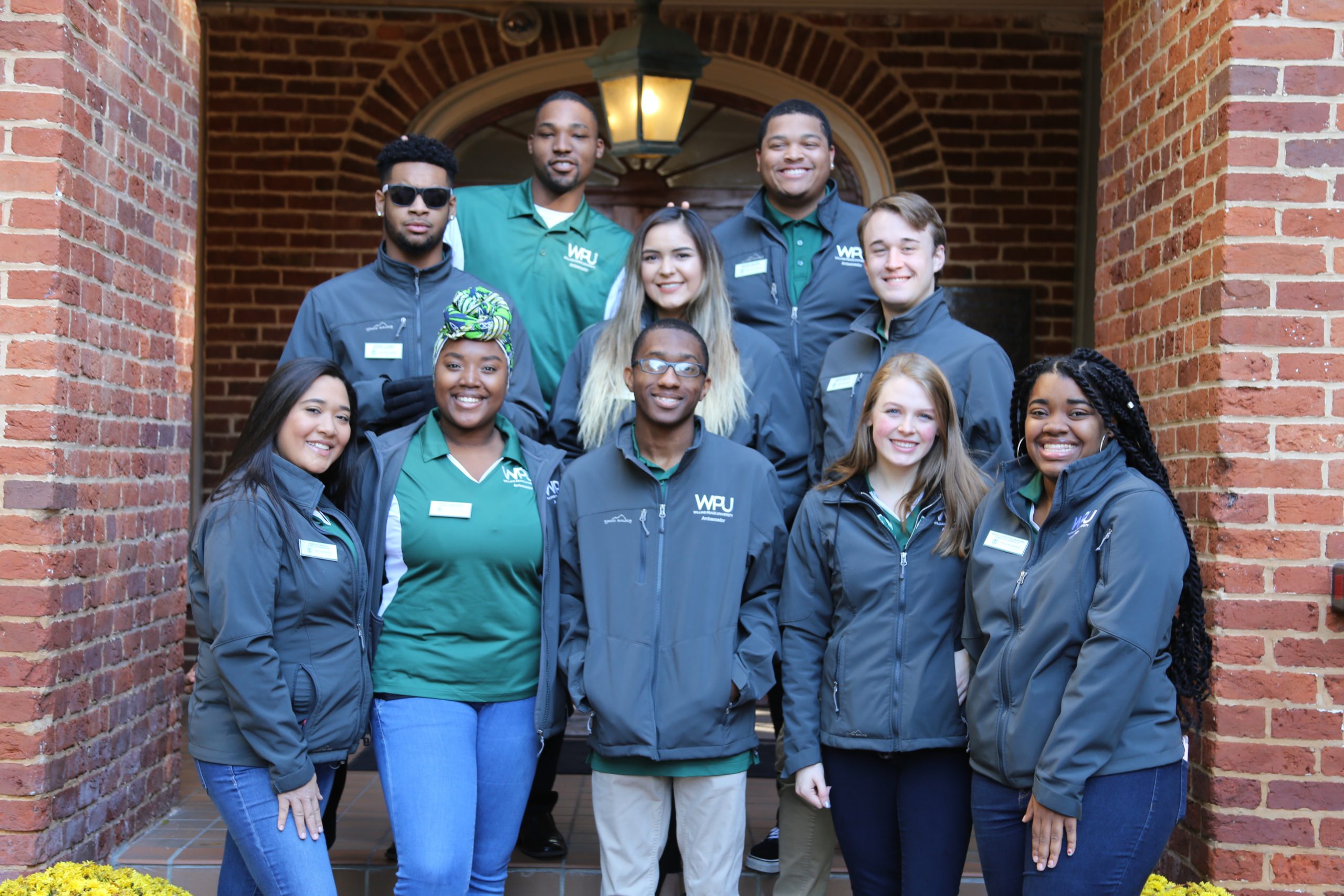 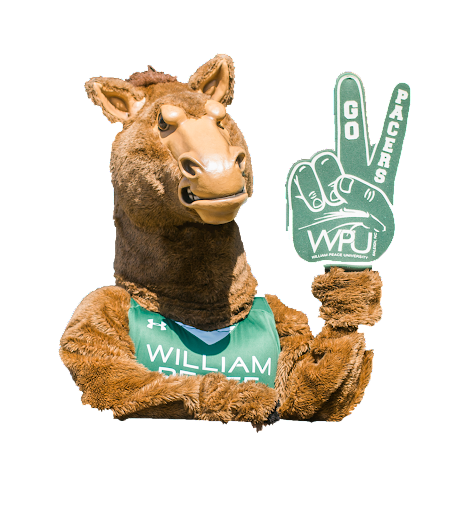